Founded in 2010 by actor Alex Waldmann and director Amelia Sears, SEARED is an independent theatre and film production company dedicated to the development and facilitation of work that is provocative, politically conscious, and, above all, entertaining. SEARED seeks to bring brand new, original writing to life and resurrect neglected classics; to work in partnership alongside established organisations whilst forging unexpected links with talent from across the arts. 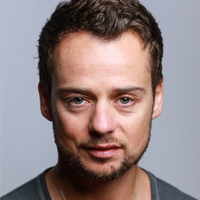 Alex Waldmann is one of Britain’s most prolific young classical actors having played numerous leading roles for the Royal Shakespeare Company, Shakespeare’s Globe, the National, the Donmar, the Almeida and Cheek by Jowl. After training at LAMDA Alex went on to play Troilus in ‘Troilus & Cressida’ directed by Declan Donnellan, Sebastian in ‘Twelfth Night’ and Laertes in ‘Hamlet’ both directed by Michael Grandage for the Donmar West End season and Granillo in Roger Michell’s revival of ‘Rope’ at the Almeida. He was Henry VI in Trevor Nunn’s ‘Wars of the Roses’ Trilogy and Chris Keller in Michael Rudman’s London revival of ‘All My Sons’. His numerous credits for the RSC include the title role in ‘King John’, Orlando in ‘As You Like It’, Betram in ‘All’s Well That Ends Well’, Horatio in ‘Hamlet’ and most recently, Brutus in ‘Julius Caesar’. 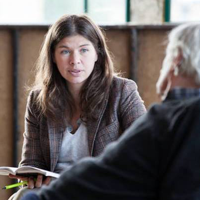 Credits include; YEARS OF SUNLIGHT by Mike McLean at the 503. HOME by David Storey and BRIMSTONE AND TREACLE by Dennis Potter at the Arcola. Further credits include, LITTLE BOXES by Rob Evans for Theatre centre, THE REHEARSAL by Elinor Cook, Lamda, ANT STREET by Roland Schimmelpfennig, Arcola, THE GIRL’S GUIDE TO SAVING THE WORLD by Elinor Cook, HighTide Festival, WHAT THE THUNDER SAID by Ed Harris, Theatre centre, SWIFTER, HIGHER, STRONGER by Abi Zakarian, Roundhouse, PEDESTRIAN by Tom Wainwright, Bristol Old Vic, Underbelly and National Tour, THE LAST FIVE YEARS at the Duchess Theatre.

Her Associate/Staff Director credits include: GHOSTS at the Duchess Theatre; TWELFTH NIGHT for the Donmar Warehouse West End season at Wyndham’s; BLISS for the Royal Court; ONE EVENING and FOUR QUARTETS for the Lincoln Centre in New York; AL GRAN SOLE CARICO D’AMORE for Salzburg Opera Festival; SOME TRACE OF HER, THE YEAR OF MAGICAL THINKING and STATEMENT OF REGRET for the National Theatre.

Amelia was the recipient of the Bulldog Princep Director’s Bursary at the National Theatre Studio in 2007/8 and has been on the panel for the David C. Horn playwrighting award for 6 years.